Do Microwaves pose a health risk?

This always puzzled me, and not going to like, kinda scared me…especially when they call it “nuking your food!” 😳

Most of the research out there concludes that microwaving your food is absolutely safe. So what’s the deal?

Well, when you look at what a microwave is doing you realize that it’s what’s called “non-ionizing” radiation. It doesn’t change the atomic structure – as in removing an electron. Microwaves lie in the 2.5 Gigahertz region.

Water absorbs this frequency and when it does, it vibrates and produces heat. This is how your food gets warm. During this “heating” process you’re also causing the food to dehydrate.

Scientific studies have concluded that microwaves DO NOT make the food less nutritious. And many people were relieved to hear that. But as I stated before, food is INFORMATION, not just a bag of nutrients!

So we have to dive deeper than just the atomic level and start going into the subatomic level (yes…just like Ant-Man 😀 I’m not going to get into the physics of it all, but when an electron interacts with a microwave, it’s spin is altered and basically changed it’s energetic state. This essentially changes the vibratory state of the atom, affecting the molecule, affecting the compound.

In essence, the food now has a different vibratory state. Scientific studies do not and have not discussed this. But remember, all things in the universe operate according to vibrational frequencies. So with that said, you do your own research and make your own conclusions. 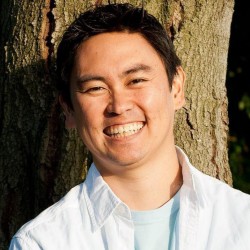 Follow Me
Dr. Mike Okouchi
Doctor of Chiropractic at Triple Play Performance
Holistic chiropractor selected as the best Alternative medicine in Southern California and is listed in the Top 10 Holistic Doctors in California. I help people with chronic health issues

Follow Me
Latest posts by Dr. Mike Okouchi (see all)

Everyone is busy, but everyone wants to be healthy! Use this grocery shopping list to know what you need to buy and what you don't.

You have Successfully Subscribed!